The averages for RCD1 [which includes Leinster Senior Cup matches] have been updated going into the last round of matches. Since the last published table the match between Leinster and Phoenix has been added - which has a significant bearing on the table. George Dockrell comes in to top the batting averages [now that his 8th D1 match is included] but he still needs 76 runs to qualify for the Marchant Cup. Gareth Delany is now the fourth player to make 500 runs and, in the bowling, Bilal Azhar is included in the table with 21 wickets [25 wickets required to qualify for the O’Grady Cup.

Players included in the table with an * are not eligible for the Player Awards as Overseas Players. 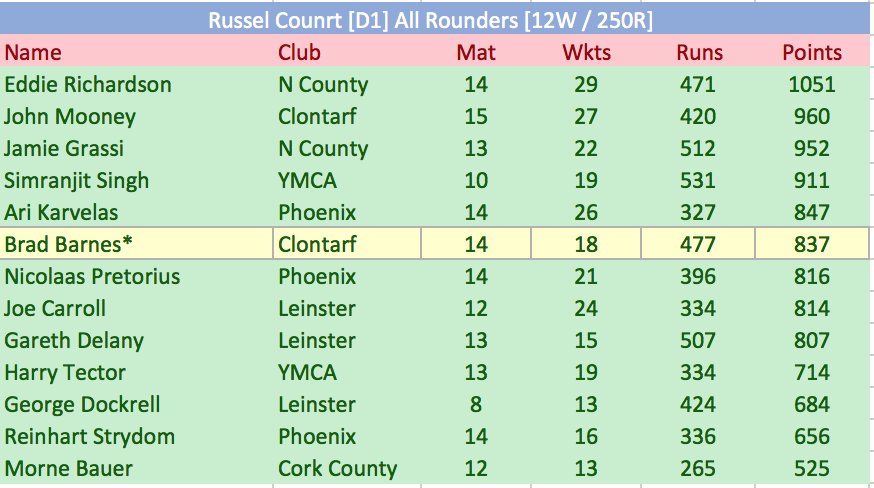