Update from Tyrone Kane in Australia

I hope the snow at home hasn't hampered any last minute Christmas shopping! It's going to be a bit different spending Christmas away from home for the first time. I'm still weighing up whether I prefer 30 degree heat and a barbecue or the family turkey and ham followed by the feet up in front of the fire. Thankfully, in both scenarios I'm surrounded by family as I will be spending Christmas with my uncle in Sydney.

So far in Melbourne, the season has been up and down, much like the weather to my surprise. Our fortunes have been mixed with both wins and losses in the one day and T20 comp. Thankfully, we're into two-day cricket now. Day 1 against Melbourne Uni was the start we wanted. Next Saturday we are defending 325 so hopefully we can hit the ground running with a win from our first game with the red ball.

So far it has been an incredible experience playing throughout the winter as the standard in Premier grade cricket is extremely high. Testing my skills against former Test cricketers and current state players week in, week out, is something that I relish. So far we've played against Clint McKay (in the pocket), Bob Quiney, Micheal Beer (Kane out LBW Beer, DRS hotspot please) and John Hastings (the less said about that the better, if the Melbourne stars skipper doesn't have a good Big Bash season I'd be surprised). The highlight so far was taking the wicket of Tim Ludeman (Adelaide strikers opener in the Big Bash) in the first round of the T20 fixtures. Getting a win and finishing with 3-28 was a good day out. Bowling in the T20 format is something I really enjoy, as its down to tactics as much as skill. I hope that I can add to my international caps in this format.

We've had a couple of close games, one in particular sticks out v Dandenong (currently 2nd). They chased 248 in the last over. I returned 36 off 19 and 2 wickets. Darren Pattinson (former England Test cricketer) and Steve Mullaney (Newly appointed captain of Nottinghamshire) had the better of us that day. It was great to catch up with Kim Garth and Theo Lawson after the day's play as they are both playing for Dandenong. 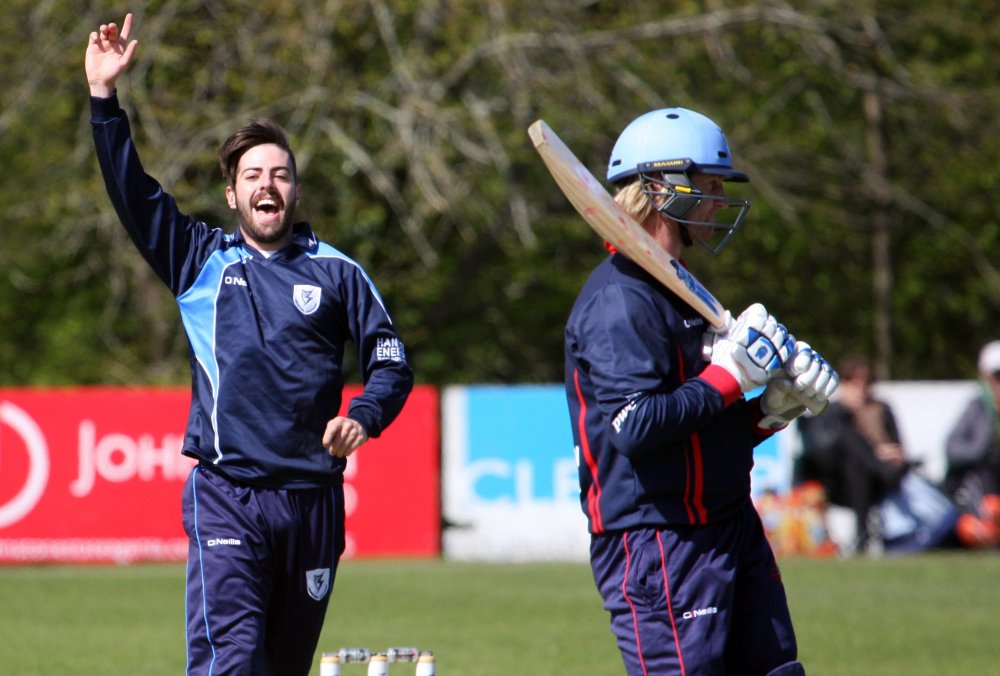 The reason behind me coming out to Australia was to further develop my all-round game and to test myself in a ultra competitive environment. I wanted to learn as much as I can and with the facilities at our club, it is easy to do so. Jack Taylor (Gloucestershire) our overseas pro has been helping me a lot, as we're both similar players with the bat.

I was given the opportunity to train with the Victorian state team at the MCG one afternoon. This was an incredible experience and a great insight. Watching Maxwell and Finch play every ball on its merit (complete lie) was something to behold. Incredible ball strikers! I was lucky enough to talk to a few players and pick up a few pointers from Peter Siddle. I must have impressed enough as I've been asked to come back and bowl to the Australian Test team prior to the Boxing Day test and the upcoming ODI series. I am very much looking forward to this challenge. Watching and learning from the best players in the world is extremely cool.

As all of you know Ashes fever has taken over Australia. To see players that we took on in the u19 World Cup in Australia in 2012 at the forefront is fantastic. Bancroft and Overton were players we encountered at that tournament. I'd like to congratulate all of the players selected for the u19 World Cup in New Zealand. It is an unbelievable time and one I will always remember. What a fantastic opportunity to show-case your skills on the world stage. I wish Harry and his squad all the best. Each of you are just as good as any player you'll come across, play without fear and most importantly enjoy every moment and take it all in!

The recent passing of a former teammate Damien Poder really put things in perspective for me. We must enjoy the journey we are on and no one did this more so than my good friend ‘Podes’.

I'd like to wish all the cricketers in Ireland and its followers a joyous Christmas break.