After a hectic few week’s we have settled in excellently to the prestigious Muir College. We arrived here 3 weeks ago and are loving every moment.

After a few training sessions, we were both selected in the first XI and headed straight up for a pre-season festival at the picturesque Grahamstown and played against some of the best school’s sides in the country. An enjoyable experience yet tough as we were playing in almost 40-degree heat. Quite the opposite of what we are used to back home!

In our first match in Grahamstown, we came up against Menlo Park, an Afrikaans school in Pretoria. We made 220 batting first, our captain Logan Henman and opening batsman scoring a fine hundred in the process. They made light work of our total and won comfortably by 7 wickets.

The next day, we played against St Dominic’s College. Batting first once more, we lost 3 quick wickets so it was down to the two Irish visitors to steady the ship. We did so successfully, notching up a 220-run partnership over the space of 4 and a half hours. Mitchell scored a fantastic 206* and unfortunately, I was dismissed four short of my fifty.

We played a further two matches as a part of this Grahamstown festival, coming up against Kingswood and Graeme College. I scored 38 and Elliott took a couple of good catches while keeping wicket, but we came up short in these two games.

The next day we headed back to the school, which is our home until mid-March. The following was the first day of a new school year and in assembly, we both stood up and introduced ourselves in front of all the 900 pupils and teachers of Muir College.

Training takes place on Tuesday’s, Wednesday’s and Thursday’s; this is a bonus for us as these are the same days we train at home. Occasionally during the evenings, we have one-on-one bowling machine work with the first team coach in the school gym. 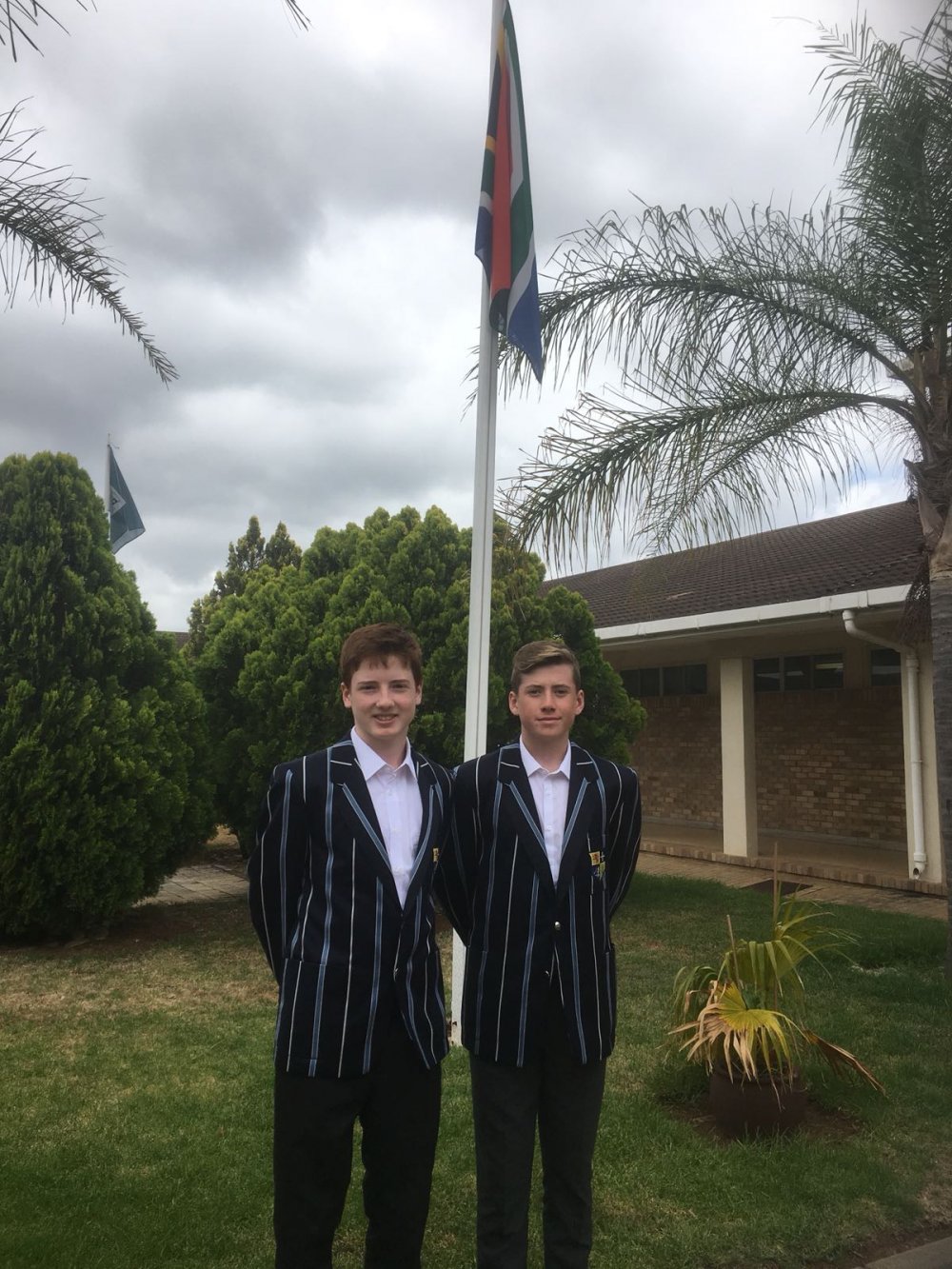 The early mornings are tricky and we are always reluctant to get out of bed. We attend lines, which is an interesting but intimidating feature of the school then we go to our various classes.

Each weekend, a different teacher is on duty and they look after us over the two days. As we have matches on a Saturday, Sunday is our only free day so the teachers take that opportunity to take us to different places and sites around Port Elizabeth. These trips are always thoroughly enjoyable. Mr Du Plooy took us to the Addo elephant reserve last Sunday.

We are looking forward to potentially coaching primary school children some basics of cricket at nearby College Hill and also attending as many games as possible at St George’s Park the Test ground in Port Elizabeth.

We are loving every bit of life here and we would like to thank Cricket Leinster and all at Muir College for this amazing opportunity.