Jamie Grassi [North County] has the highest number of wicket-keeper dismissals this year with 24. At 1.75 it is also the highest number per match played. Twelve players took 10 or more victims behind the stumps but most at a ratel of less than 1.5 per match.

The number of dismissals by the leading wicket keeper each year going back to 1919 averages 23.25. But as the chart below shows, the steady rise in the number of dismissals per annum went into reverse about a decade ago. This is partly explained by a decline in the matches played, but the numbers would suggest that there are other factors in play: perhaps the ascendency of the wicket-keeper bat over the specialist keeper. 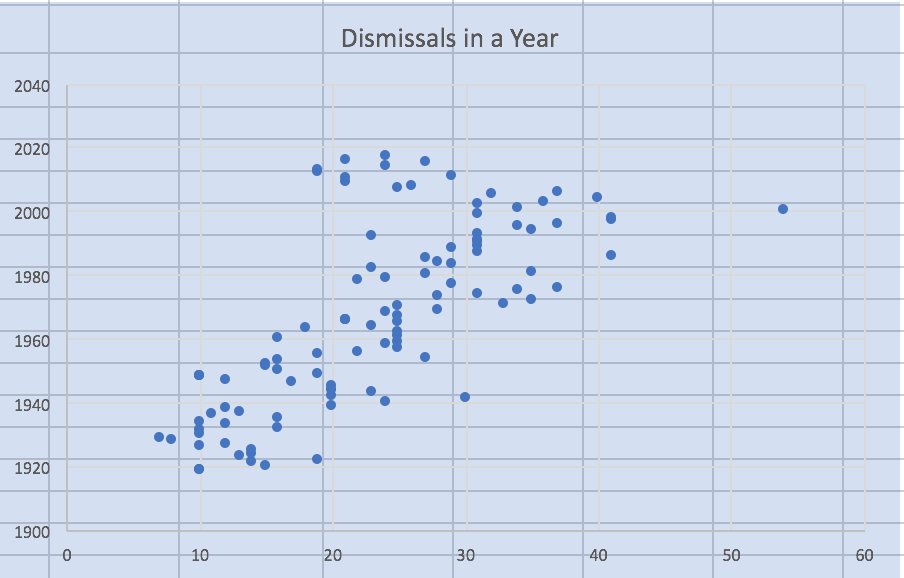 In the 26 years between 1986 and 2010 the average number of dismissals by the winner of the Hopkins Cup for Wicket Keepers was 33. On four occasions the winner had more than 40 victims [Keith Bailey in 1986, Dara Armstrong in 1997/1998 and Kade Beasley in 2004] and in 2000 Armstrong took a remarkable 54 wickets in catches and stumpings for North County at an average 2.45 per match.

Over the past decade the average number of victim for the top wicket keeper was 23.