Although there was a slight respite for bowlers in 2017 to the extent that the number of runs per wicket [25.09] fell marginally as compared with 2016 [25.48]. But the runs conceded per over continues to rise. The two charts below set out the figures since 2011 [only runs counted abasing the bowler included]. 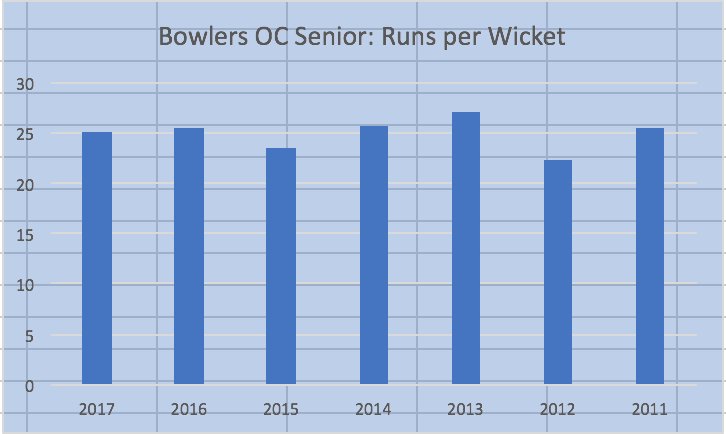 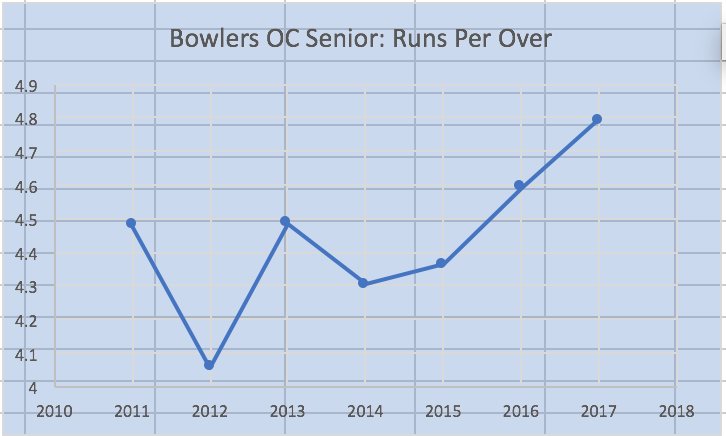 Taking the longer view, and given the changing environment in which cricket is now played [e.g. better and covered wickets] one can see the expected gradual catching up of the average runs per wicket, in this case taken from the leading bowler each year back to 1919. 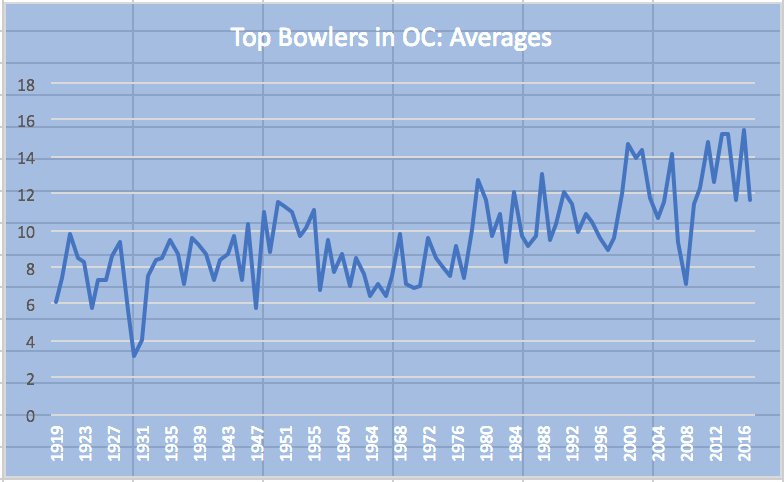 Eight bowlers took 25 wickets or more [as included in the career averages] as set out below.