344 youth players [U18 on 1st Jan, 2017] have taken part in Open Competition matches so far this year. Some caution is needed in comparing with previous years and this is complicated this year by the advent of the Development League, which is the favoured option for some players. Notwithstanding this youth participation in the OC is only 15 behind last year’s total at the mid-point of the season. 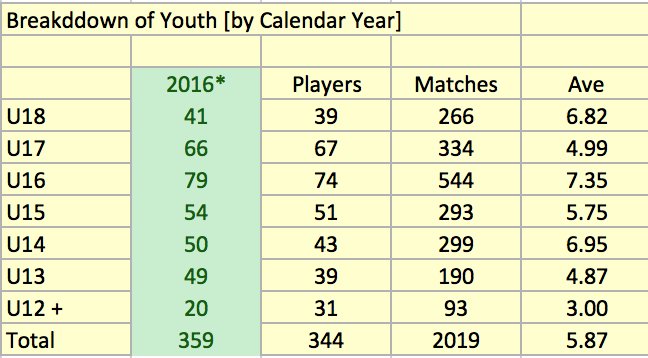 But perhaps of greater interest is how many are regulars in the adult competitions. Four players have turned out 20 or more times [and must be in danger of being classified as hyper-active]. Another 71 have played more than 10 games and clearly have a regular place on one or more of their club sides. A further 89 have turned out five or more times but this leaves by far the largest group, 178, who are only occasional players. This does point to the importance of not confusing gross numbers playing with activity levels.

The breakdown of youth players by club may also be of interest. 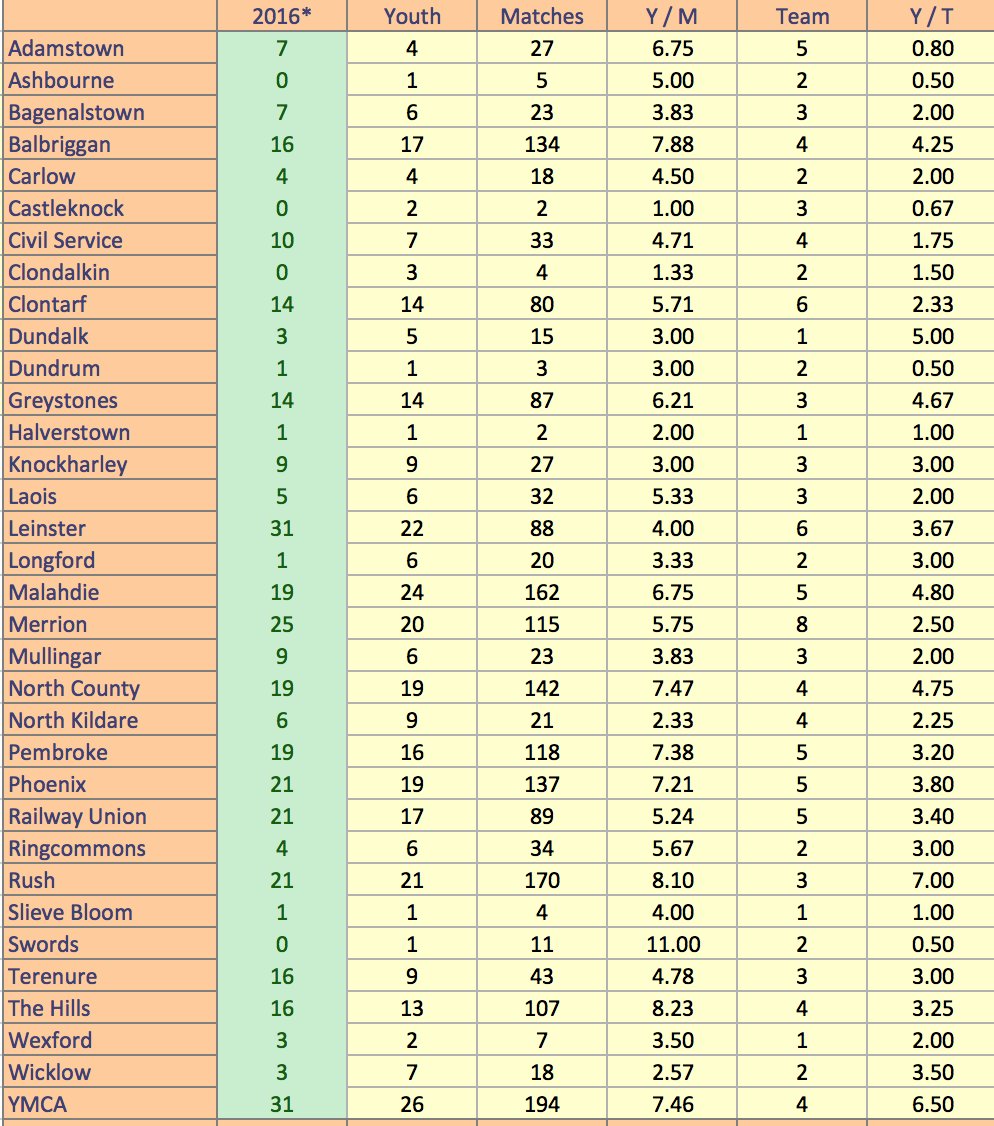