For 15 years, Cricket Leinster has worked to make it a flagship of the union’s development programme to facilitate the opportunity for young cricketers to be placed within elite South African cricket playing schools.

Eight Leinster school cricketers are currently residing in South Africa taking advantage of their school Transition Year, spending time at some of the leading cricket schools in South Africa.

Since 2003, over 60 Leinster players including the likes of Ireland internationals Barry McCarthy, Andrew Balbirnie, Lorcan Tucker and George Dockrell have taken up the opportunity in South Africa.It is of particular pleasure to all involved in the partnership that two recent graduates in Harry Tector (St Stithians 2016) and Neil Rock (Glenwood 2017) played leading roles for Ireland at the recent U19 World Cup in New Zealand and who both acknowledge the impact of the placement has had on them as cricketers.

Louis McDonough, James Maginnis, Daniel Swift & Cillian McDonnell were involved in a three-day High-Performance training camp at Glenwood High school in Durban several hours after arriving at King Shaka airport. The boys will be in Natal until the end of March and will have use of very impressive training facilities during their 10-week stay at the school.

Leinster U15 cricketers Mitchell Thompson & Elliott Johns made their debuts for Muir College 1st XI on their pre-season tour to Grahamstown in the Eastern Cape and also played Muir’s first competitive fixture against Graham at Uitenhage last weekend. Both boys are enjoying their experience and are assisting with the coaching of junior cricketers at local feeder school, Cabin Hill. Both have expressed their view that 15-year-old Muir fast bowler Siya Mdlankomo is a talent who should soon be invited over to Leinster.

Former Pembroke CC professional Wim Jansen has again shown his much-welcomed support for the programme accepting Leinster U15s Gavin Hoey to his school St Stithians in Johannesburg.Hoey has already played against two of the toughest Bloemfontein schools Grey and St Andrew’s in his opening matches.

Leinster Development Manager Brian O’Rourke noted “I would like to thank all those involved in South Africa for their support.The boys know they are very fortunate and indeed privileged to be spending time at these highly rated establishments and getting to play a high standard of cricket in excellent playing conditions – clearly, their games will benefit greatly and all will no doubt return as better cricketers and more rounded individuals. We look forward to repaying the South African schools’ hospitality by hosting some of their own students in Leinster during the summer and I hope the Leinster Union will work together to make those boys time as special as ours received in South Africa. As part of the player's placement, each will send in regular updates, and these will be published on Cricket Leinster media outlet. The first by Cillian McDonnell has recently been made available and provides a real insight into the students’ time at Glenwood High”. 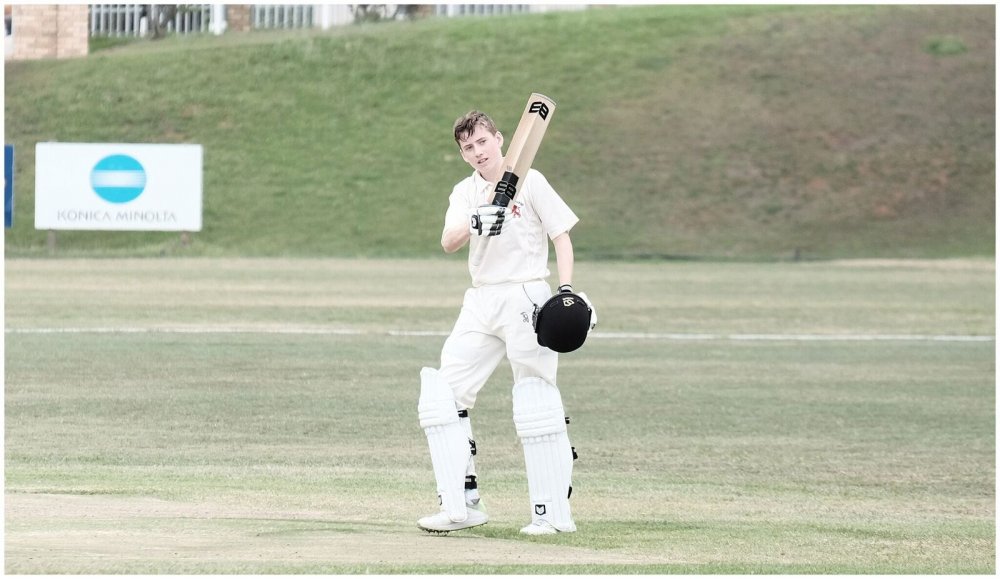