On the 13th of January I left Dublin’s Terminal 2 to Heathrow alongside the four Glenwood boys, Louis McDonagh, Daniel Swift, Cillian McDonnell and James Maginnis. We thought the four hours changeover was tough but the 11-hour flight to Johannesburg proved to be much more strenuous. On arrival, we were happy to get through immigration with no trouble and find our bags had arrived on time. We then said our goodbyes and took our different paths.

I was greeted by my South African hosts Jodi de Sousa and his father Tino and told that I was going to go to the second Test match against India at Centurion in Pretoria. We had a great day out in the 33-degree heat on the grass bank and saw some of the world’s best players in action.

St Stithians is one of the top schools in South Africa and the facilities live up to their reputation. I was welcomed by Jodi’s friends and Mr Wim Jansen who is the head of cricket at “Saints” and a former Pembroke CC professional.

My daily routine during the week starts by waking up at 5:30am, leave the house at 6:40am. Classes start at 7:40am and end at 2:50pm. We have cricket training most days. Extra coaching is available at all times with the famous Mr Peter Stringer who is from Yorkshire in England. 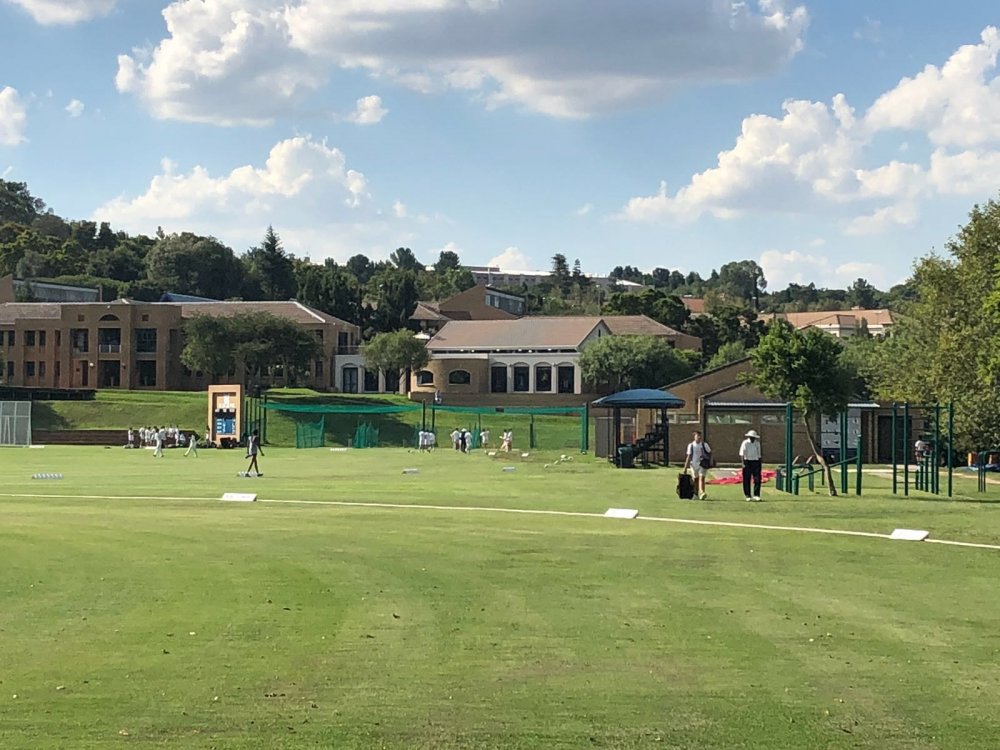 I was picked to play for the senior 2nd team on their trip to Bloemfontein two weeks ago. It was a great learning experience for me, seeing how the game is played over here in South Africa. Jodi was selected for the Gauteng U15 side and is a very good wicket keeper and opening batsmen. Jodi scored 49 in the T20 and a brilliant hundred on Sunday. We beat St Andrew’s College in the T20 on the Saturday but lost to Grey College on a very good pitch on the Sunday in a 50 over match. The spinners dominated on the turning pitches of Bloemfontein and took the majority of wickets.

Over the weekend, we were billeted out to stay with the families of the Grey College 2nd team. Jodi and I stayed with an Afrikaans speaking family on a farm in the countryside. We were treated to a traditional Afrikaans braai for dinner and got to see all the animals around the farm as well as some wild ostriches!

Since then, I have been training with the 2nd team coaches Mr. Dale, Mr. Johnston and Mr. Stringer and have joined in on some extra training sessions with Jodi with some Gauteng provincial coaches. I have also played two more games and we have started performing much better against the stronger sides of Pretoria Boys and local rivals St. John’s College. Even still, we have lost within the last few deliveries of each game disappointingly.

I am really enjoying the Saints experience and hope to play as much cricket as possible in the coming weeks.