Ashbourne CC are always looking for new members. So whether you are male female, young, old, experienced or inexperienced, you will be welcome at Ashbourne CC and we will provide you with training and plenty of opportunity to play competitive and/or social cricket. Please contact our Secretary Andrew Robertson (0851323969) or visit our club website by clicking here.

From Dublin: Take the N2/M2 Dublin/Derry road until you reach junction 3, Ashbourne/Ratoath. At the next roundabout take the 2nd exit and continue on towards Ashbourne. At the next set of traffic lights turn right and then take an immediate right. The cricket ground is behind Ashbourne Community Centre.

From North of Ashbourne: Take the N2 Dublin road southbound towards Ashbourne. At the first roundabout (at the Pillo hotel) take the 3rd exit onto the M2. Follow the M2 and until you reach junction 3 (Ashbourne/Ratoath). At the next roundabout take the 2nd exit and continue on towards Ashbourne. At the next set of traffic lights turn right and then take an immediate right. The cricket ground is behind Ashbourne Community Centre.

Or you can find our Google Map listing by clicking here.

Ashbourne CC is one of the 'new clubs on the block' in the Leinster Cricket Union. Having won back to back promotions from Division 16 in 2015 to Division 8 in 2018, we are very much a club that is continually on the up. We are proud to say that we are one of very few, if not the only, new club in Leinster who has a dedicated Pavillion. In 2017 we purchased a ride on gang mower and have now got one of the best outfields in the lower leagues of cricket Leinster. In 2018 we purchased a mobile batting cage and bowling machine to help improve our training facilities.

In 2018 we introduced youth cricket and with Cricket Leinster teaming up with Meath Sports Partnership in 2019 to have cricket introduced to a number of primary school sin the area, we hope that we can start fielding youth teams in 2019 or 2020. We are currently looking for youth players of all ages and experience/ability. Please contact Simon Cawte for more information (scicawte@gmail.com)

We also have a Taverners team. While fixtures were sparse over the last few years, we would like to improve upon this in 2019. So social cricketers are more than welcome.

While there was never a formal Ashbourne Cricket Club in existence, there are plenty of accounts of cricket being played around the locality in areas such as Ballymadun, Muckerstown, Kilbrew, Greenogue, Ratoath, Donaghmore and of course, the adjacent Fingal region. There are numerous stories of the gentleman's game being played on Jim Dreaper's land (trainer of the great racehorse Arkle) in years gone by. There are also scorecards in existence from games played by Donaghmore (or Ashbourne) against Ring Commons in 1913. We are trying to get our hands on those scorecards to see whereabouts the games were played, and who might have played for Donaghmore/Ashbourne. If anyone knows of any similar scorebooks that has scorecards featuring teams from the Ashbourne area, please contact use as we are eager to piece together a more accurate picture of cricket in the locality.

Ashbourne Cricket Club was formally set up in June 2013 by Terry Bruton, Sean Smith and Renjith Alias, 3 residents of Ashbourne. All three met up at the derelict Ashbourne Pitch and Putt club site (now Ashbourne Baseball Club) for a brief meeting to outline what would have to be done to get a cricket club up and running in Ashbourne, and indeed, if there was even any interest in the town for such an amenity. A list of short term goals and milestones were set up and in November 2013, an advertised meeting was held in Donaghmore/Ashbourne GAA Club where interested locals turned up to hear about the plans of Ashbourne’s latest sporting club. It was immediately evident that Ashbourne Cricket Club was definitely going to happen. The club’s first executive was assembled in December of 2013 and planned for a season of friendly matches for adults as well as locating a home ground. The home ground in question turned out to be the field adjacent to the Pitch and Putt club behind Ashbourne community centre, which is the club’s home ground today.

Ashbourne men’s first XI played their first ever game away to Swords CC in April 2014. In March 2015, they had an artificial strip installed at their ground and the following May they began playing competitive cricket in the bottom division (16) of the Leinster Cricket Union's leagues. A 2nd place finish was achieved and Ashbourne were promoted to Division 13, such was their performances that season. Ashbourne proceeded to win division 13 comfortably in 2016 and jumped another 2 divisions to Division 11 for the 2017 season. Once again, Ashbourne claimed the league title and requested a further jump of 3 divisions for 2018. They found their level during that league campaign where they finished in a respectable 5th place. Ashbourne added a 2nd men's team in 2016, where they plied their trade in Division 16 for 3 seasons. In 2018, the achieved their goal of promotion by finishing 2nd. 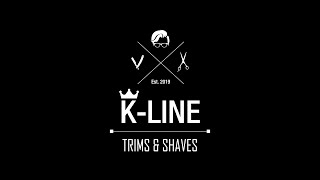