Please send us a message on our Facebook Page - www.facebook.com/TyrrelstownCricket.

When the new park in Tyrrelstown is complete we will have a proper cricket ground available to us and this is the Google Maps link to it.

Tyrrelstown Cricket Club is an established club based in Dublin 15. We cater for men, women and children from Tyrrelstown and surrounding areas.

We were previously renting Castleknock College grounds as a home ground during the leagues, this year we have received a permanent facility in Tyrrelstown Park, where we will be hosting all our future matches.

During the winter months, we offer indoor cricket training in Tyrrelstown Community Centre.

We are grateful to TechStorm, Fingal County Council Sports Office, Dublin Airport,Cricket Leinster, Tyrrelstown Community Centre and RSA for their ongoing support for our club.

Tyrrelstown Cricket Club (also TCC) was founded in March 2011 and serves to support and promote Cricket in Tyrrelstown and adjoining areas.

We entered into 2018 cricket season with 2 teams. First team came out as runner's up for Division 10 and reaching the semi-finals for the Whelan's Cup. Second team winning the Russel's Court Trophy. 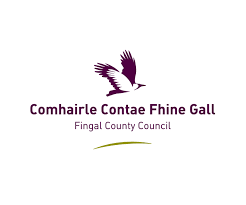