The club currently fields Men’s, Ladies, Youth (both boys and girls) and Taverners teams and there is a vibrant social scene. New members are always welcome. Please send an enquiry via our website by clicking here.

We are just off Chesterfield Avenue, the main road that runs through the Phoenix Park. We are the 2nd cricket club on the left hand side, just past the zoo. You can find us on Google Maps here.

Phoenix Cricket Club is the oldest Cricket Club in Ireland established in 1830.  With its beautiful setting in the heart of the Dublin's famous Phoenix Park, it has an immense heritage and is one of the senior cricket clubs in Leinster.  The Club's mission is to be the leading Cricket Club in West Dublin attracting and developing local cricket talent for men and women, boys and girls.  We are an inclusive Club, ethnically diverse, and have a strong history is welcoming cricket loving visitors from overseas.  We aim to provide high quality facilities to fulfill the training and playing needs of the Club as well as the provision of good facilities for social and welfare events.   In support of Cricket Leinster's development programmes for cricket in our area, we are active with local schools providing coaching and other playing opportunities for children.

The Club has 6 senior men's teams, 2 women's team, and youth teams covering every age group for both boys and girls.  At the other end of the age spectrum we have a Taverners' team made up of our more senior members.

Phoenix Cricket Club is the oldest in Ireland and believed to be one of the oldest in the world having been founded in 1830. Prior to 1834 the Club members met and practiced in the Phoenix Park but in 1835 the Club moved out of the Park and played its matches in open fields south of the Canal behind Upper Baggot Street. In 1838 the Commissioner of Woods and Forests granted permission for a 150 yards square near the Wellington monument. At that time a temporary rail had to be erected as several players were injured as the ground had been cut up by wandering animals. Permanent rails were subsequently erected of an agreed thickness and painted white so as to be clearly visible to horsemen !

In 1846 when Chesterfield Avenue, the main road through the Park was widened the Club had to move again. A new ground in an adjacent area was recommended and in view of the expense already incurred by the Club the move was financed by the Board of Works at a cost of £73 and Phoenix have remained at the present ground ever since.

The decades, 1950 - 1970 were without the glory of the previous years due to an aging team. Despite 2 cups in the 1950s, the next decade was without a major trophy during the whole of that decade. In the later 1960s a younger squad started to emerge and, after 22 years, Phoenix won the John Player Senior cup in 1973; and in 1974 the club were the inaugural winners of the Wiggins Teape League. In 1975, Phoenix accomplished the Grand Slam (all three trophies and the only club to ever do it). During the entire decade the 1st XI relied on a hard core of 15 players to lift 6 cups, 3 league titles and 2 Wiggins Teape.

Phoenix Cricket Club continues to promote the game of cricket and provides competition and enjoyment for its members and visiting teams as well as providing free sport viewing for the locals and tourists in the wonderful Phoenix Park. 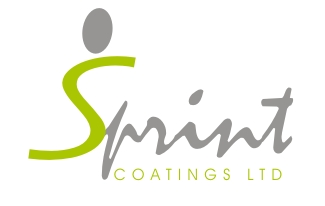 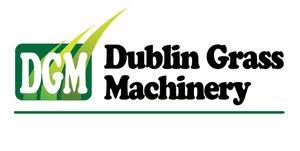