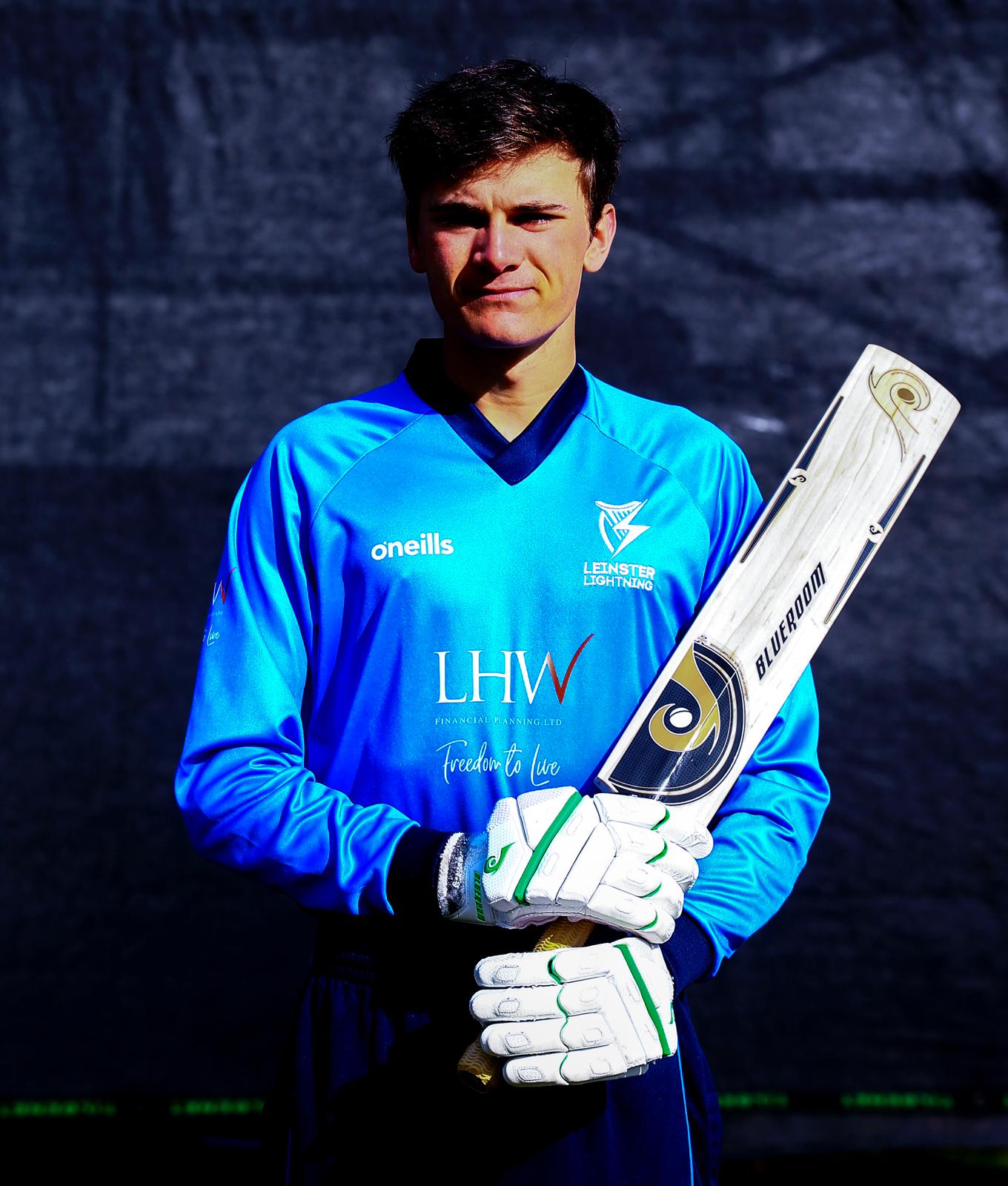 Tim Tector is the second in his family to represent the Lightning, with his brother Jack presenting him his cap as one of three debutants in the 2021 season opener against the North West Warriors. The baby of the squad at just 17 years of age, Tim's rise up through the age group ranks from Leinster U11 right the way to Ireland U19 are another example of how strong the Leinster pathway developed by Brían O'Rourke is.

Tim was 7th on the run-scoring charts in the Senior League Cup in 2020, his consistency in the middle order underlined by his average of 37.2 with his top score being just 43*. The YMCA youngster will be hoping to translate his innovative stroke play from club to IP cricket in the coming season.