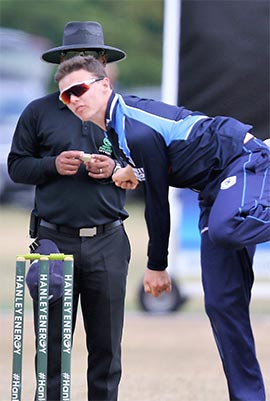 Tom Stanton from Merrion has played three T20 matches for the Lightning, including two at the inaugural IP20 Festival at Sydney Parade in July 2018.

These appearances were no more than Stanton deserved having been in Lightning squads throughout 2018 but only getting on the field as a sub for the most part. Against the Munster Reds on the final day of the Festival, Stanton took 2-33 off his four overs.

Twenty-one-year-old Stanton will be hoping for further Inter-Provincial honours having successfully changed from a medium pacer to a left-arm off-spinner in recent years.