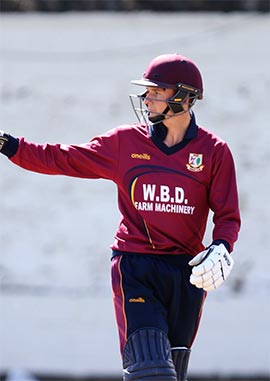 Stephen Doheny is a young batting star from Rush Cricket Club and has helped his side to three National Cups in four years while trying to establish himself in the Lightning line-up.

His maiden First-Class half-century against the Northern Knights in September 2018 did him no harm in that regard, while his two innings in the 60s for the Munster Reds in T20s last season show he is more than capable of playing the big shots too.

Following the retirements of John Anderson and Ed Joyce in 2018, Doheny is another who will be looking to press home his credentials in the Lightning top-order in 2019.