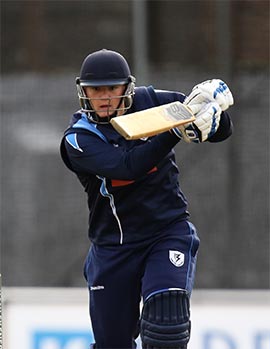 Gareth Delany is a strong young opening batsman whose leg-spin provides a handy second string to his bow of skills.

The Leinster CC man is known as a devastating hitter of the cricket ball, particularly in the white-ball formats of the game and his century during the 2018 Club Play-Off match between Leinster and Rush was an innings that oozed class.

His recent appearance on the Wolves tour of Sri Lanka showed that further honours may not be far away and he’ll be looking for a strong season in the 2019 Interprovincials.