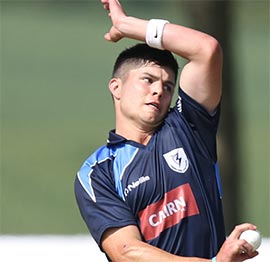 David Delany from Clontarf CC is known around cricketing circles for his genuine pace and the change of tempo he can bring when his bowling slips into that extra gear.

Delany has played just two 50-Over and two First-Class matches in the past two years for the Lightning as he continues his studies. Over the same period, he has played eight T20 matches for the Munster Red taking 6 wickets, but none against the Lightning.

Delany has played for the Ireland Wolves and is on the radar of the senior squad but will need consistent provincial action for the Lightning in 2019 to boost his prospects.